VILLAS FOX have an opportunity in a part-time capacity (20 hours per week during Monday - Friday) for someone to co-ordinate with our lawyers, architects, suppliers and clients, to ensure an efficient sales process.
The successful candidate should be willing to assist with all aspects of our dynamic and fast-moving business to maintain and improve our excellent level of customer service and professionalism.
You will have excellent computer skills and you must be fluent in English and Spanish. Other language skills will be taken into consideration. If you hold a Spanish driving licence that´s even better.
Previous office and real estate experience is not essential if you are a fast learner.
Preference will be given to candidates who have lived in the southern Costa Blanca area for several years, and of course you must have a residency status that allows you to be employed in Spain.
The position will be available very soon if we are able to find the right candidate, and you will be based in our office in San Miguel de Salinas.
Compensation will be as a fixed salary with contract (no bonus scheme).
Interested candidates should send a C.V. with covering letter to This email address is being protected from spambots. You need JavaScript enabled to view it. in the first instance.
We look forward to discovering our next Villas Fox team member!

A 100-meter building already reaches an average cost of 171,300 euros, as in the months before the bubble burst. The sector attributes the rise to teleworking and foreign tourism, which returns after the pandemic

An apartment block under construction in Benidorm, in early March.

If you have been trying to buy or sell a property in the province for a while, you will also have noticed it, prices are going up . February was the month with the highest price for real estate in Alicante since December 2007 , before the bubble burst. A 100-meter house had an average price of 171,300 euros last month, while in December 2007, the price was 173,700 euros.

For Mónica Zaragoza, real estate agent of the Inversia group, the rise is due to three main reasons :

These reasons are also related to the most demanded type of housing in the province, which are single-family homes . Something that Zaragoza also highlights, who indicates that, "since the second half of 2021", these types of homes "are increasingly sold", despite the fact that "their price does not stop increasing". In addition, Zaragoza indicates that at a national level, prices are rising both in Madrid and in coastal areas.

"Clients who wanted to change to a home with land waited for the return to normality to buy, and for many that moment is now and will be until the end of the year."

The factors of the buyers are also linked to those of the market. The new demand and the increase in the cost of raw materials are "affecting new construction" and causing the "increase in the price per square meter of land," says Zaragoza. In addition, the low interest rates that have been maintained until now affect both new construction and second-hand properties, comments the Inversia group agent.

The price increase in the province of Alicante is not reflected in the entire Valencian Community , since Alicante is the only one of the three constituencies that sees the price of its homes return to that of 2007. In the province of Valencia, the price has dropped . Last month, the cost of a 100-square-meter home stood, on average, at 121,900 euros, 0.6% less than last year. In the province of Castellón, for its part, the same type of home had a price of 108,000 euros, 2.7% more than in the same month of 2021. However, in 2007 it would have cost 168,400, 56% more than nowadays.

The return of the price of housing to that of before the crisis does not only affect buying and selling but also renting, where the cost has reached that of October 2007

The rise in the price of housing does not only affect the purchase and sale, but also the rental . According to the same real estate portal, the average cost of a home is 7.6 euros per square meter, 6.8% more than last year. The rental price is the same as it was in October 2007 and the highest since then.

In the regional capitals of the province, the price increase is seen differently.

Like everybody else, we are all shocked at the situation in the Ukraine at the moment, and believe the enormity of the suffering there is on a scale we are not used to seeing in modern Europe. We at Villas Fox therefore decided to make a donation to the Spanish Red Cross today for 1,000 euros to help with their relief work on the ground. You can find out more about their work at https://www.facebook.com/CruzRoja.es 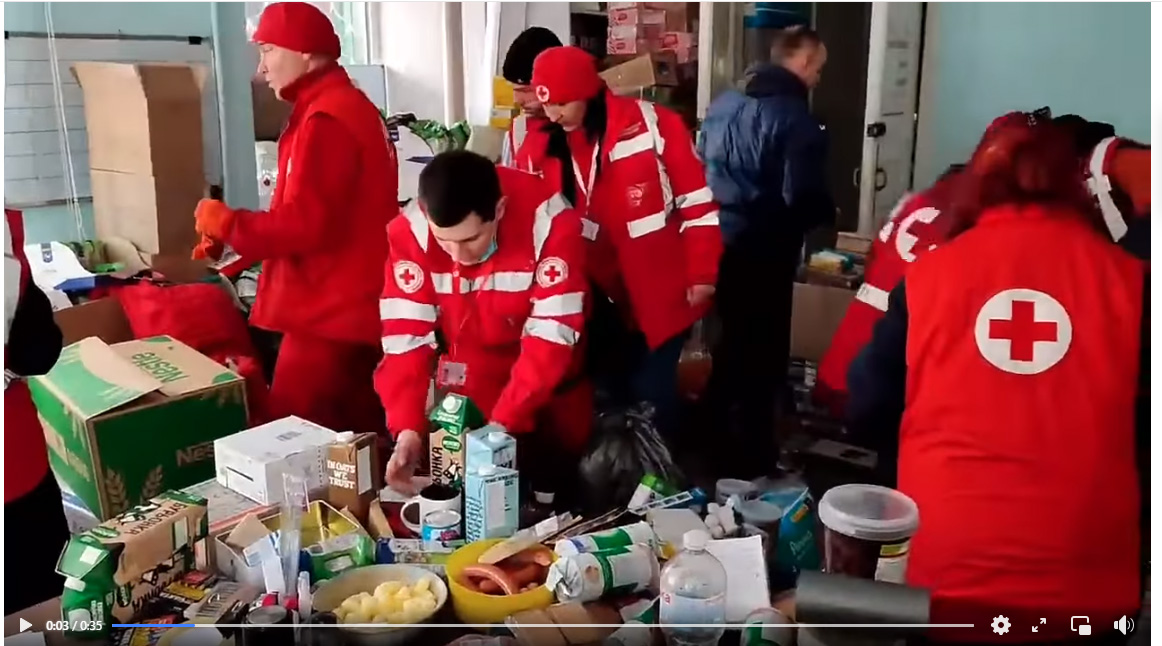 We are delighted to announce that we are now associates of the provincial association of professional estate agents, the ASOCIACION DE AGENTES DE LA PROPIEDAD INMOBILIARIA Y AGENTES INMOBILIARIOS DE LA PROVINCIA DE ALICANTE (www.apialicante.com), which requires all its members to have the required qualifications, civil responsiblity insurance, at least 5 years experience within the sector, be registered correctly in the tax and social security systems and to have a clean criminal record. The aim is to both improve the image of professionals operating in the sector and of course to protect consumers from unscrupulous or unqualified estate agents. Many parts of Spain require estate agents to be on an official register like this, and it looks like our region is going to follow suit (https://www.informacion.es/.../api-deberan-incribirse...) We will be now displaying the logo on our advertising, to show that we are an agency you can trust! 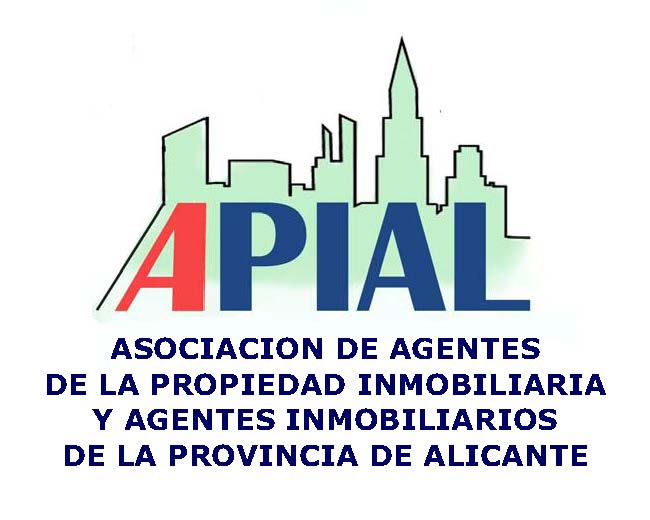 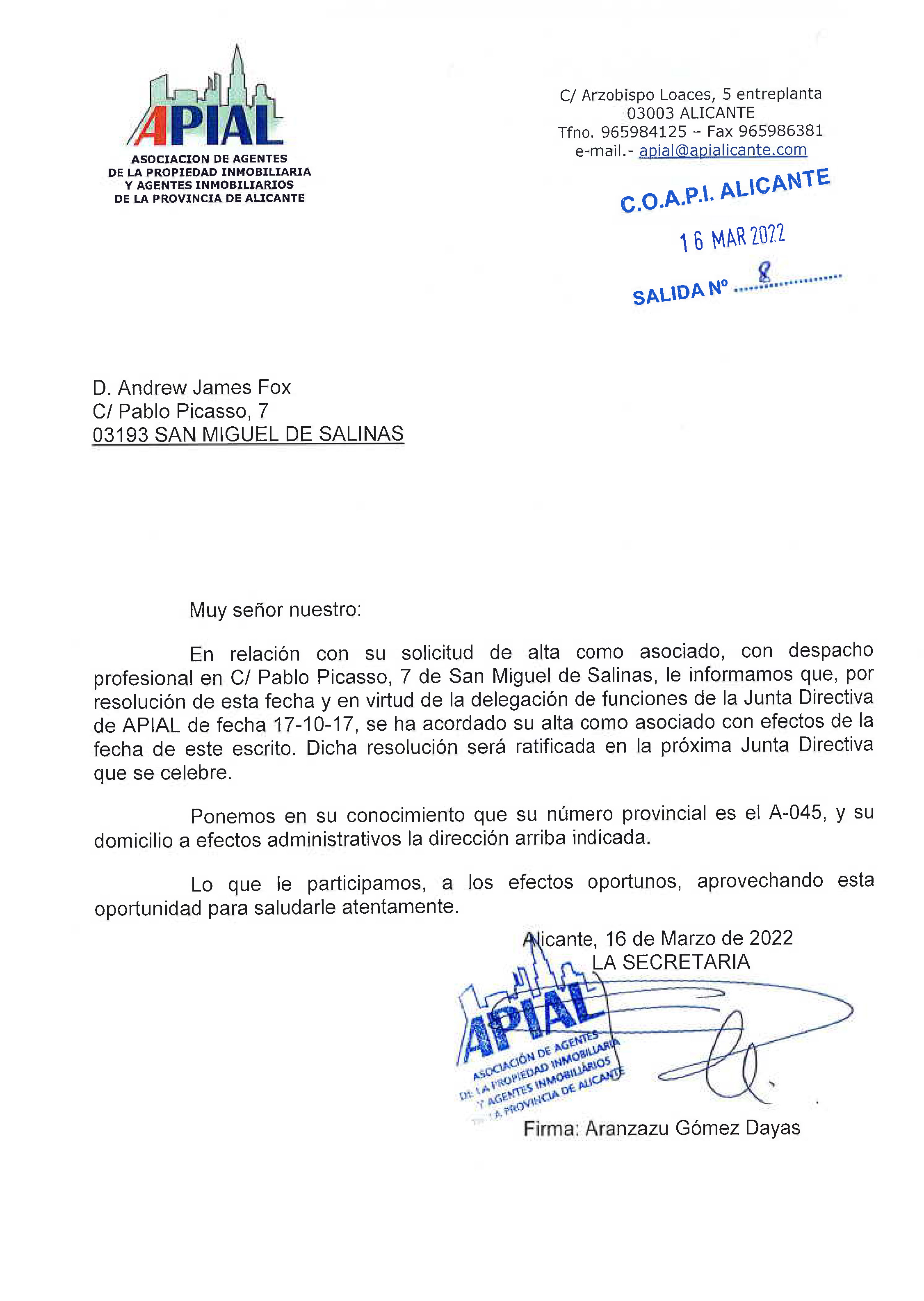 The closing data for 2021 from notaries highlights a 10.2% increase in the price of single-family homes with the Balearic Islands in the lead

The spectacular sales data offered by notaries make it necessary to carry out a more detailed analysis of the housing market. On the one hand, the average price in Spain of houses sold in 2021 reached 1,507 euros/m2 , which is 5.3% more year-on-year.

Zooming in on the type of residential property, it can be seen how the price of flat-type homes maintained a more normalized increase of 3.6% year-on-year on the national average, in line with the evolution of prices in the pre-pandemic period. Meanwhile, single-family homes have registered an increase in Spain of 10.2% year-on-year in 2021 , rising to 1,195 euros/m2 on average, by far the most notable rise in the historical series collected by the General Council of Notaries , but without reaching the values ​​that were seen in the real estate boom and until 2010 (that year it closed at 1,224 euros/m2).

What has caused this increase in the price of single-family homes? Well, on the one hand, due to the increase in the number of operations on this type of house . Compared to 2020, it increased by 37.8%, although it is below the national average (38.1%). The weight of chalets over total transactions remained at 25%, in line with 2020, but improving almost three points compared to 2019.

Despite the significant weight of flat-type housing in the Spanish market as a whole, which deserves another particular analysis, the volume of single-family home sales has broken records since 2007 in some of the most prominent regions such as the Valencian Community (26,306 transactions ), Catalonia (23,638), Madrid (12,791) or the Balearic Islands (4,262). In other markets such as Andalusia (38,640) or the Canary Islands (6,333) they reached their second highest sales figure in the historical series of notaries.