All aboard the high-speed train to Madrid! Monday 1st Feb 2021

Today sees the inauguration of the new high-speed train line between Orihuela, Elche and Madrid.  As most of us are still confined to our own regions due to covid, the 90 passengers who used the service this morning were presumably going there to work or to attend to essential legal matters, but let´s hope we can soon all start using it to get to Madrid at 300 kmh in less than 3 hours, door-to-door!

The following article has been auto-translated from https://www.informacion.es/elche/2021/02/01/noventa-pasajeros-primer-servicio-nuevo-ave-33352530.html

Pedro Sánchez, will attend mid-morning, together with Ximo Puig, the public presentation of this section belonging to the Mediterranean Corridor

Around 90 passengers have traveled on the high-speed train ( AVE ) line that opens today between Madrid with Elche and Orihuela , with a duration of 2 hours and 22 minutes each way at a speed of 300 kilometers per hour.

The 90 passengers are the sum of the two trains that have departed on time and without incident from each point of the line, the Orihuela-Madrid Puerta de Atocha at 6.28 hours and in the opposite direction at 6.55, sources have informed EFE. Renfe.

The President of the Government, Pedro Sánchez , will attend mid-morning, together with the Valencian president, Ximo Puig , at the public presentation of this section belonging to the Mediterranean Corridor and which will continue in the future to the cities of Murcia, Lorca and Almería.

A part of the passengers had origin or destination Elche or Orihuela, and another from the nearby cities of Murcia and Cartagena, with which Renfe has established a connection for each service through free shuttle trains from Talgo units of the series 6.

For the future arrival at high speed in the Region of Murcia, Adif AV continues the works of integration and undergrounding of the railway line in the Murcian capital.

Along with the President of the Government will be the President of the Generalitat Valenciana, Ximo Puig, and the Minister of Transport, Mobility and Urban Agenda, José Luis Ábalos, as well as the mayors of the train destination cities, the socialist Carlos González (Elche) and the popular Emilio Bascuñana .

The section shares the Madrid-Alicante line to Monforte del Cid, from where the branch that connects the capital of Spain with Elche in 2 hours and 10 minutes and with Orihuela in 2 hours and 22 minutes, thanks to an investment from Adif of 1,493.5 million euros.

The daily offer will be 1,264 seats in trains of the S-102 series, one of the most technologically advanced, with a ticket price of 71.10 euros per journey with initial discounts ranging from 30 to 70 percent.

The presentation of this railway service will consist of two acts, an initial one at the Miguel Hernández de Orihuela station, where a commemorative plaque will be discovered, and later another at the Elche-Matola station .

In the latter, the Valencian President Puig, Minister Ábalos and the President of the Government, Pedro Sánchez, will speak.

With the entry into operation of the new service, Renfe reorganizes and expands the commercial offer of long-distance services between Madrid and the Region of Murcia, since the trains with origin and destination in Orihuela will have a shuttle service (four daily trains, two in each direction) with the Murcia del Carmen, Balsicas, Torrepacheco and Cartagena stations.

The Monforte del Cid-Elche-Orihuela section is 48 kilometers long and is part of the 68.6 kilometers between Monforte and Murcia. Another 5.7 kilometers of AVE have already been built between Orihuela and Beniel (Murcia), so the completed part rises to 54.1 km and only 14.5 remain, all of them in the territory of the Murcian Region.

5 tunnels of 5,924.4 meters in length (9.6 percent of the way to Orihuela) and 19 viaducts totaling 8,124.3 m have been built. (13.16%), in addition to several underpasses and overpasses, which makes almost a quarter of the route run underground or elevated.

The works for the arrival of the AVE in Murcia include the undergrounding of the Carmen station in its entirety, including the areas of Nonduermas-Barriomar and Senda de los Garres-El Carmen, in two phases that overlap of almost 7 kilometers and that provide investment of 613 million euros.

The 1,113-meter section from the Santiago el Mayor level crossing to Los Garres and access ramps to La Tiñosa is in the completion phase and the burial of El Carmen, Nonduermas and Barriomar will have a total length of 7 kilometers.

The Monforte del Cid-Orihuela is part of the Mediterranean Corridor that connects Spain and Hungary, between Algeciras (Cádiz) and the Hungarian town of Záhony, crossing four other countries in addition to the previous two: France, Italy, Slovenia and Croatia. 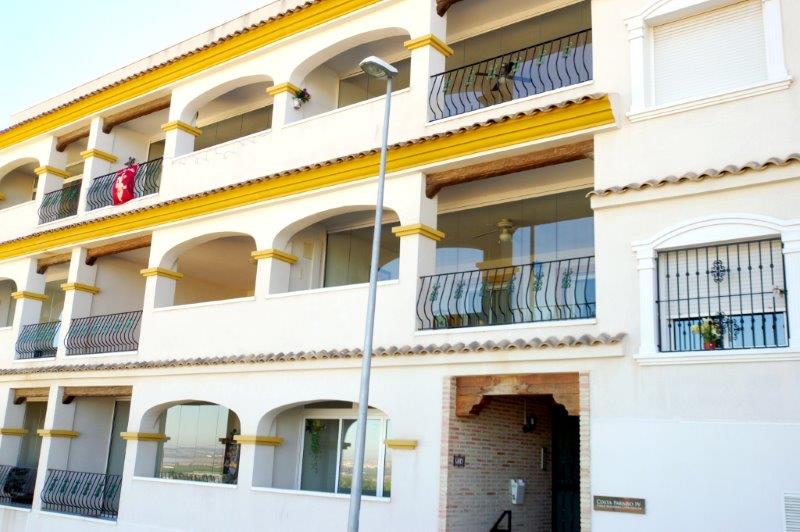 Properties for sale in these towns: