It can be difficult to keep abreast of the national, regional and local holidays in Spain, so here´s a handy calendar for 2020 which should help you to plan your time in Spain better!  The local holidays on this calendar refer to the town of San Miguel de Salinas.

If you need to know the holidays in other nearby towns, eg Torrevieja, Orihuela (and Orihuela Costa), Pilar de la Horadada, Los Montesinos etc, then go to http://www.calendarios-laborales.es/calendario-laboral-torrevieja-2020-a and type the name of the town in the search box at the top of the page. 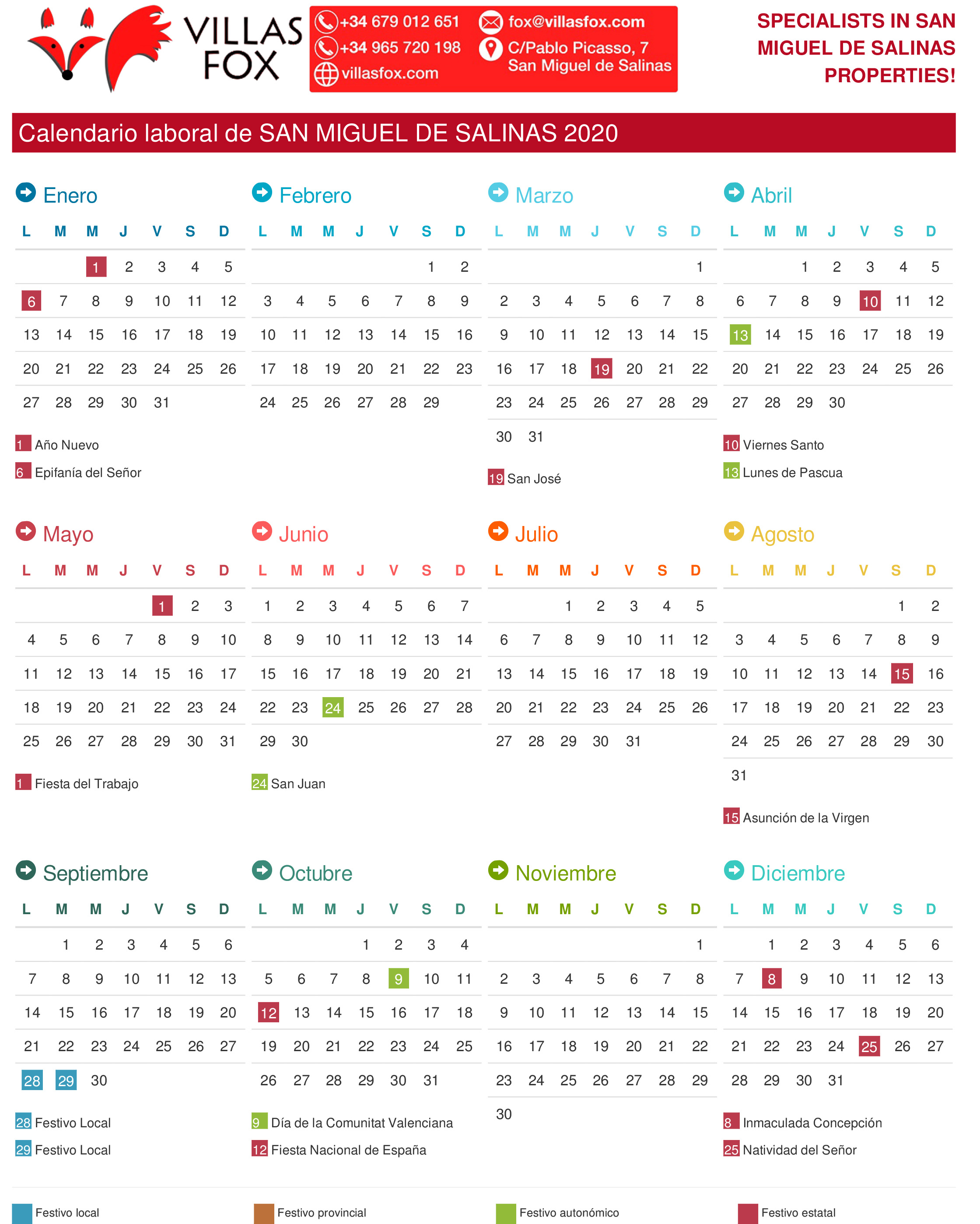 Well, our property of the week only lasted 5 days! Reserved to some very excited Dutch clients! Gefeliciteerd! (www.villasfox.com/property/index.php?id=24582) They are now off to enjoy the rest of their Sunday at Cabo Roig for the St Patrick´s Day celebrations! I hope you all have a great day, especially if you have some Irish in you! And if you don´t, just have a Guinness instead! 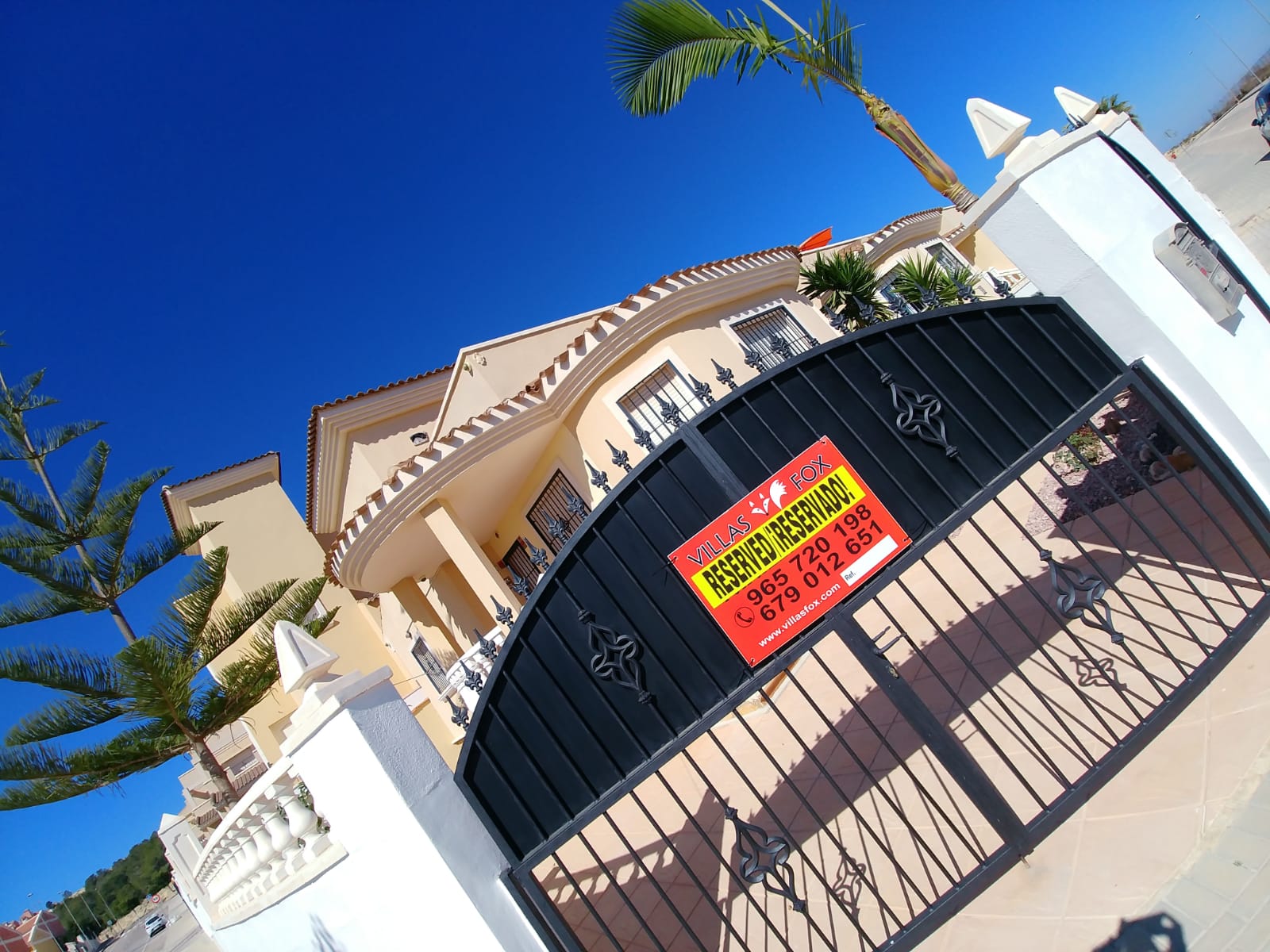 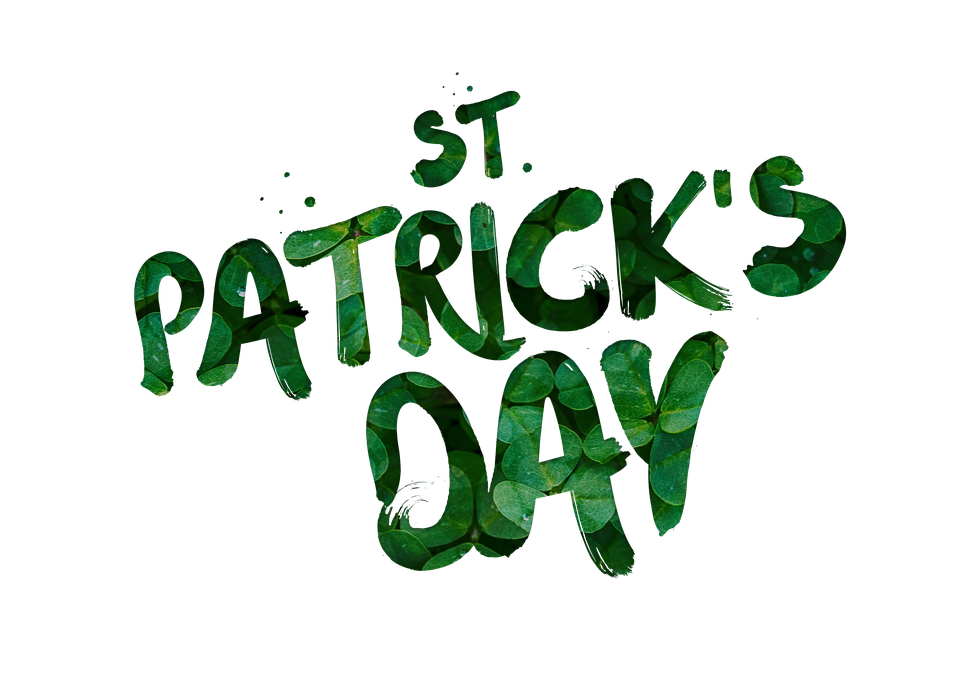 We hope you like the new website design template!  We thought it was time for a change (well to be honest, it was because our sons Patrick and Ollie pointed out that the old design was something that could be improved on, to put it politely!) If you have any suggestions about how it can be improved further, please let us know!

The Villas Fox camera has been RED-hot this month, snapping some simply wonderful new properties for the website.  If you haven´t noticed them all yet - here is a summary for you: 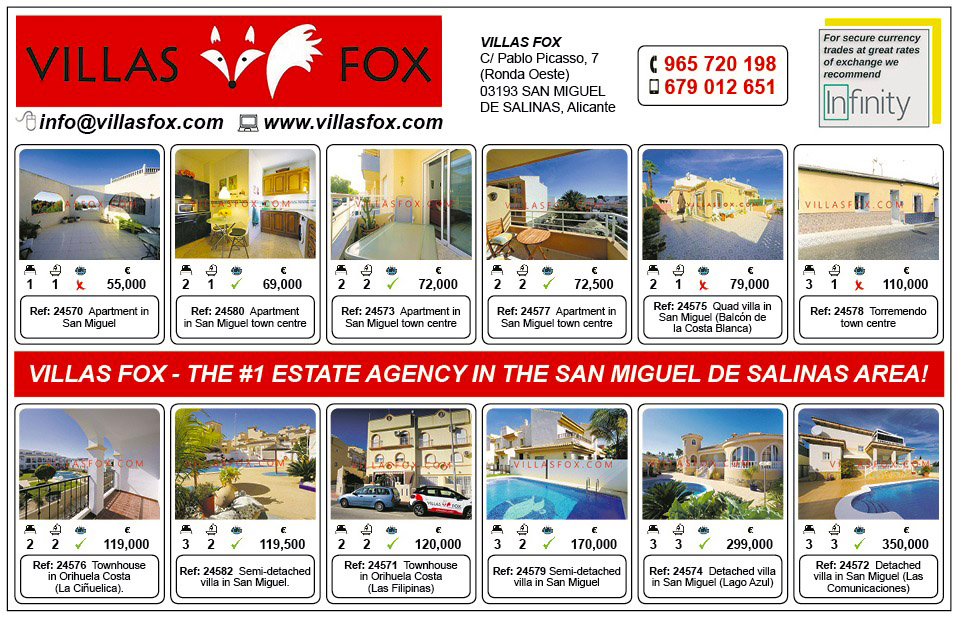 Prices predicted to rise again in 2019

According to this article published today on the website Eleconomista.es the future is looking bright for the Spanish property market in 2019

Ten years after the bursting of the housing bubble, the housing market can celebrate that it has lived its best year in 2018 after the crisis, registering a year-on-year increase in prices of 5.8% in the last quarter of last year.

It is the highest price since the third quarter of 2007, the year in which the houses touched ceiling with average prices of 2,044 euros per square meter. Now the finished housing (new and used) stands at 1,337 euros, which means that the market is still 34.7% below the peak, according to the latest Tinsa study.

The year 2019 also starts with good prospects according to the experts, although they warn that in large cities, which have been pulling the price up to now, "some symptoms of fatigue are starting to appreciate in the growth rate".

"Some symptoms of fatigue in the rate of growth begin to be appreciated".

"The housing market will continue to show clear signs of recovery because we are in an expansive cycle of the sector, but it will be a more moderate growth than we have seen this year for two reasons: the forecasts of different international organizations and of our own Government point to a weak growth and, secondly, because the context of financing will change with an eventual rise in rates and new rules in the market, such as the mortgage law ", highlights Beatriz Toribio, Director of Studies and Public Affairs of Fotocasa.

In addition, the expert says that "this recovery will be more contained because, as our studies reveal, the demand of the average citizen does not quite wake up." Although in 2018 we had a more positive macroeconomic context, the loss of purchasing power of the Spaniards during the crisis, the lack of savings, the quality and temporality of employment in our country complicate access to housing, especially in the most difficult age segments, such as young people ".

It is estimated that the Spanish economy will grow in 2019 at a slightly lower rate than the current one, with an expected average annual variation of 2.6% in 2018 and 2.2% in 2019, according to the Funcas forecast panel for November 2018, with a lower contribution of demand (slowdown in the growth of private consumption) and perhaps a greater contribution of exports. In any case, the unemployment rate would continue to fall.

With these forecasts, from Tinsa hope that "the residential market continues to grow in number of transactions at a good pace, although somewhat more moderate than in recent quarters, while the price increases are consolidated outside the main urban areas and coastal territories, where until now the bulk of the recovery of values ​​has taken place from a minimum, the new mortgages will grow at a somewhat greater rate than the total transactions and the new work will continue its path of recovery ".

Specifically, the appraiser estimates that the average price of the house will increase between 5 and 7% next year.

Regarding the number of operations, "economic recovery, employment and the consolidation of mortgage financing will allow" we close 2018 close to 520,000 sales transactions, which would be 12% more than in 2017 and exceed for the first time since 2008 the barrier of half a million sales, "says Toribio.

Thus, these figures will continue to increase, but at a more relaxed pace, according to the forecasts of the Ministry of Development, which expects the volume of operations to be between 625,000 and 650,000, which represents a growth of 5-10.

According to the report of Sociedad de Tasación, in 2018 the average price of new housing in Spain increased by 5.4% in provincial capitals, reaching 2,348 euros per m2, with a 2.8% growth in the second half of the year, less than 3.3% registered in the same period last year. According to this study, the average price of a typical house of 90 m2 in provincial capitals is 211,300 euros.

The lack of savings, the temporality and quality of employment complicate access to housing

The provincial capitals, led by Barcelona (4,188 euros), San Sebastián (3,515 euros) and closely followed by Madrid (3,404 euros), continue to exert a driving effect on the increase in the prices of the national territory.

In the rest of the cities studied, which are not provincial capitals, the average price of a new house was 1,632 euros per m2, which represents an increase of 3.3% compared to December of the previous year.

According to the estimations of the Appraisal Society in 2019, the price of new housing will grow, on average, in a range of between 4.5 and 5%, provided that the fundamental variables of the Spanish economy and the international context do not suffer alterations of non-real estate causes." 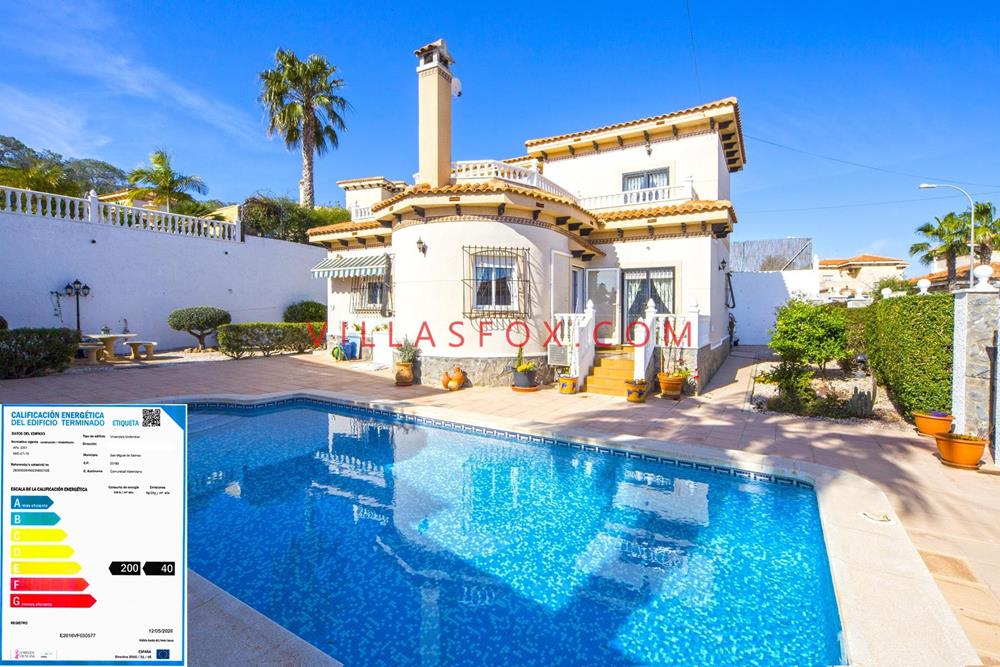 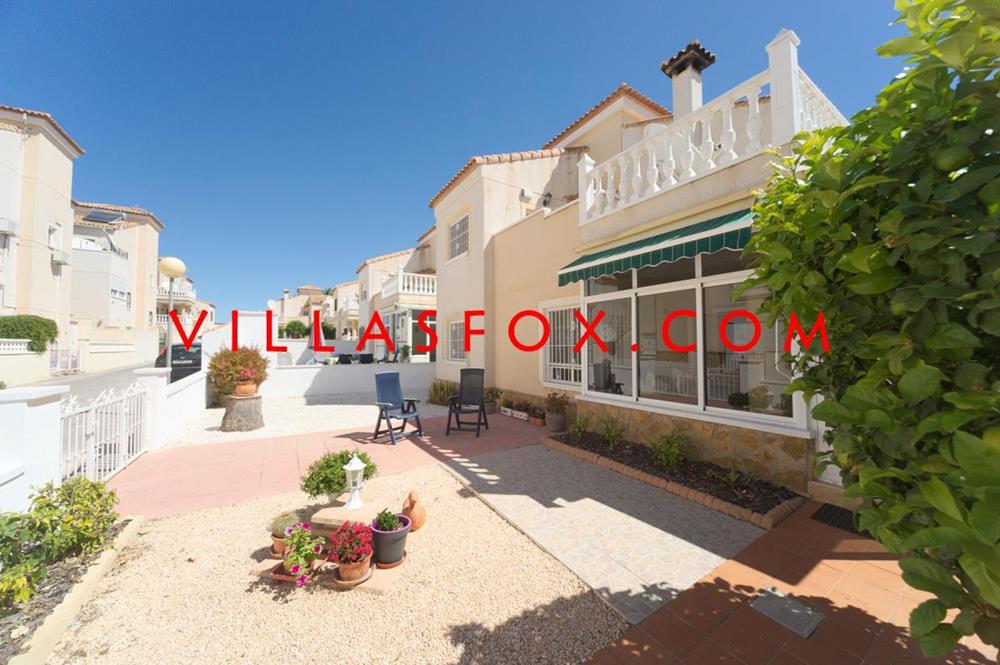 Sorelle and Andy Fox were just amazing in the sale of our property in only,just a few short weeks.They went above and beyond our expectations..Not just so very professional but,so very friendly ,such lovely couple.,a great team together.We wouldn’t hesitate to highly recommend them.We have gained two lovely friends too.Thank you once again Sorelle and Andy.See you both soon.? 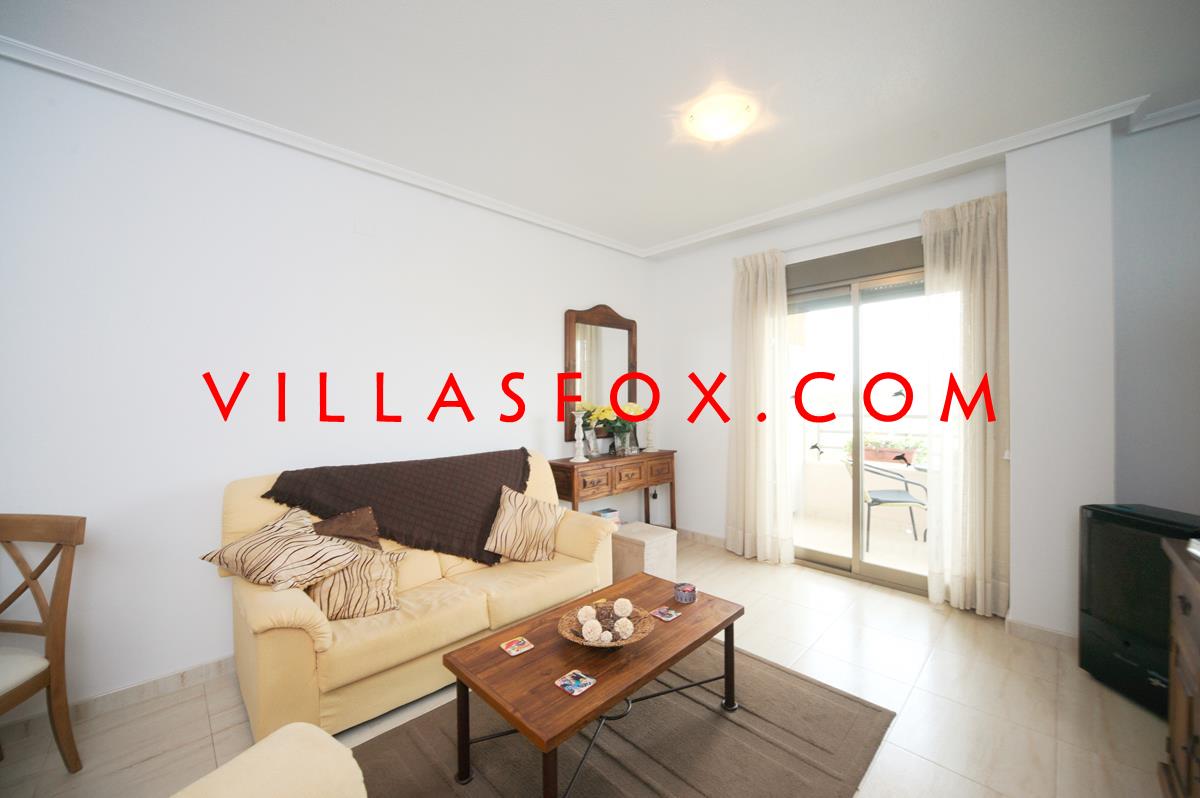 We have 145 guests and no members online