Guide to the relaxation of the lockdown rules in Spain

This article will be updated as we know more, but so far the best article I have found (as of Wednesday morning 29th April) is this one in https://www.elmundo.es/espana/2020/04/28/5ea86cd6fdddff479a8b45cc.html

Villas Fox will be open from Monday 4th May by appointment.  We are able to do this as we have a screen in place (our office is a former bank and we still have the cashier´s box to work in).  From May 11th it will not be necessary to make an appointment, and property viewings will also be possible.

Spaniards will be able to return to certain shops, such as hairdressers, physiotherapy and optical centers, next Monday, May 4, but we will not be able to travel outside of our province until June 22 in the best case. These are the detailed measures of the plan approved this Tuesday by the Council of Ministers to remove the country from the confinement due to the coronavirus in which it has been in place for almost 50 days. The de-escalation is divided into four phases: phase 0 starting on Monday , May 4 , phase 1 starting on May 11 , phase 2 starting on May 25 and phase 3 starting on June 8 . The Government will decide which provinces are progressing from phase to fortnightly.

WHEN CAN YOU VISIT PARENTS AND GRANDPARENTS

The government has not yet defined it. It will do so in an upcoming order of the Ministry of Health in which it will regulate all social contacts with the elderly or with previous pathologies. Therefore, we will have to wait for the details and conditions. He will also address in this document the issue of nursing homes, although he already warns that it will be at a very advanced stage because they are centers with great vulnerability. In any case, if the parents or grandparents live in other provinces, what can already be assured is that the most optimistic scenario to visit them is in late June.

It is still an undetermined activity. The Phase 1 (from 11 May) enables social contact "in small groups vulnerable or not with previous pathologies." As with the previous question, the Government will specify in a future order what is that number of people and also under what conditions they can meet. Both in the houses and on the terraces of the bars, which will have opened by then.

HOW AND WHEN YOU CAN TRAVEL

Travel outside the province or island of residence will not be allowed until the " new normal " is reached . In the best case, from June 22 , but even this date will only be for places where the coronavirus is most controlled. And once the "new normal" is reached, you can only travel between provinces that are in the same state. In other words, if Madrid were still in an earlier phase, this autonomous community could not be abandoned to go to second residences on the beach or anywhere else.

Leisure travel in Europe or abroad is far from occurring. The government asks for "prudence" and refers to the agreement that the community partners will reach to know when the restrictions are lifted.

SECOND RESIDENCES WITHIN THE SAME PROVINCE

The displacements to the second residences are contemplated in phase 2 (from May 25) exclusively if they are in the same province. If they are in another, it is prohibited.

GO TO ANOTHER PROVINCE

When phase 3 is complete and the "new normal" begins. This will not happen at the earliest until June 22 . Until then it will be prohibited even if it is a bordering province that is in the same phase.

It will be done very gradually, but they will also open. In phase 0 , starting next Monday, May 4, restaurants and cafeterias will be opened with take-away delivery, without being able to consume it on the premises.

In phase 1, starting on May 11 , the terraces of the premises will be opened, limiting the tables allowed to 30%, although leaving the possibility of increasing the number of tables if the corresponding City Council allows more available space.

In phase 2, from May 25 , consumption will be allowed inside the premises with table service, with a limitation of a third of the capacity and always seated. Therefore, it is not possible to be in the bars of the bars, and night bars and discotheques are excluded.

In phase 3, from June 8 , the capacity is increased to 50% and people will be allowed to stand, that is, in the bars. Nightclubs and nightclubs will also open, with a maximum capacity of one third.

Teleworking continues to be promoted throughout the de-confinement phase, through to the end. In phase 3 , to be implemented from June 8, "protocols for face-to-face reincorporation to companies for work activity" are contemplated, including including the use of PPE suits. In any case, it is said that companies must have a "staggered schedule and guarantees of conciliation."

This course has already been permanently suspended. Pedro Sánchez has been blunt and has said that the students will not return to classes until September . The centers will be opening for teachers to join and for cleaning tasks (in phase 1, from May 11) and from May 25 an exception will be made: the classes of the children's stage will be enabled until 6 years for families that prove that the parents have to do face-to-face work.

In addition, the students of the courses that finish the middle educational cycle (4th of ESO, 2nd of Baccalaureate and 2nd of FP) will be able to attend class voluntarily from May 25 , with groups of 15 students maximum. Special Education centers for those who want to go will also be opened, as well as centers for taking university entrance exams.

It will start with some premises such as hairdressers , hardware stores, dentists , opticians, physiotherapy centers or florists, considered to be providing services. They have been included in phase 0 , which is the current one, and they begin on Monday, May 4 throughout Spain, but with many limitations. Clients will be served individually and always by appointment, giving preference to those over 65 years of age. Commercial premises must have a counter, screen or, failing that, extreme individual protection measures with gloves and masks.

THE COMMERCE OF GENERALIZED FORM

In phase 1 , which will start on Monday, May 4 in the Balearic Islands and some Canary Islands, and more widely on Monday, May 11. It will be held with a capacity limited to 30% of that of the premises and as long as a minimum distance of 2 meters between clients is guaranteed. When this is not possible, only the permanence of a client will be allowed.

Shopping centers are excluded at this stage . Yes, they can reopen open-air markets, with a limitation of 25% of the usual stalls and whenever the corresponding City Council requests it.

They go to phase 2, which would premiere some provinces on May 25 . They will be opened to the public prohibiting their stay in the usual common areas and recreational areas of these centers and with a limited capacity of 40%.

They will open in phase 1 , starting on May 11, that some tourist areas such as the Balearic Islands advance to May 4. They can open without using common areas.

In phase 2 , from May 25, the common areas will be opened with a limitation of a third of the capacity, except for the hotel areas of the hotel itself, which will follow the rules for the restaurants described in the previous section. The capacity increases to 50% in phase 3, from June 8.

They go to phase 3 , starting June 8, at the gates of summer. The government's plan only says that it will have to be done "in conditions of safety and distance." Active and nature tourism will also be allowed.

They will also open in stages. The libraries since 11 May; the acts and cultural shows , also from 11 May with a capacity of less than 30 people if they are local and 200 if they are outdoors; the museums , also from May 11 with a third of its capacity, and on this date the filming of movies and series will also begin to recover.

The cinemas and theaters will not reopen until Phase 2, from 25 May, with a third of its capacity. On this date, visits to monuments, key for tourism, will also begin.

Some can operate from phase 0 and by appointment but most will do it from phase 1 . Always individual sport, with capacity limitations (which will increase over time) and with security measures.

There is a distinction between professional and non-professional sport. In the latter, the majority, from phase 0 you can do "contactless" activity such as cycling, running, skating or surfing as long as it is individually. The Phase 1 opens to the outdoor facilities for non - contact sports (athletics or tennis). The following phases imply other conditions to reopen areas but it is not clear what happens with sports with contact such as soccer, basketball or with those practiced in the pool.

WHEN DOES LA LIGA RETURN?

The elite and federated sport returns in several phases, but from stage 2 on, "total training" for professional teams and the resumption of leagues, such as soccer, with closed-door matches or with little public.

They will not be allowed until the last phase, phase 3 , from June 8. They will be allowed with a capacity limitation that guarantees one person for every 9 square meters.

GO TO MASS OR TO THE MOSQUE

The places of religious worship will open from May 11 for those who want to go to mass or pray. Initially the limitation will be one third in phase 1 and will be increased to 50% in phase 2.

The Phase 1 allows velatorios for a "limited number of familiar" with security protocols and physical distance. This will happen from May 11. The phase 2 and 3 will expand the number of people who can go. Only in this last stage the condition of "relatives" is eliminated.

Weddings are already allowed but without attendees. In order for family and friends to attend, we will have to wait for phase 2 . It will be with a limited number (still to be determined in the Health protocol). Phase 3 contemplates "a larger number of attendees". An important reminder: operate the limitation to go to other provinces.

The opening of the extracurricular educational and training centers are included in phase 2 , starting on May 25. Academies and driving schools are specifically included in the Government plan.

Its prohibition remains until phase 2 , starting on May 25 in the provinces that manage to access that step of the de-confinement plan. 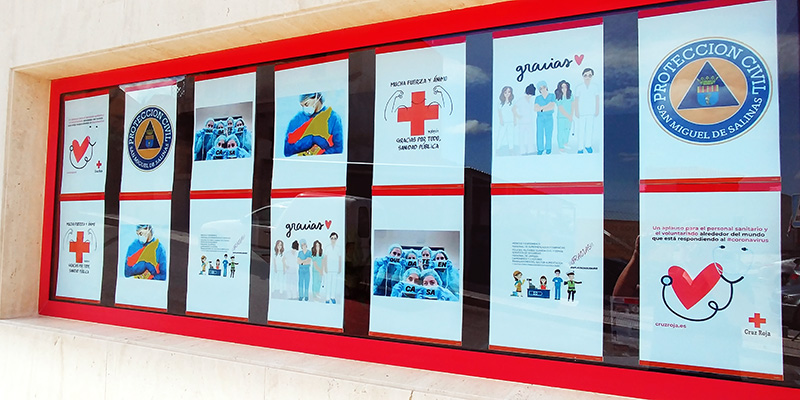 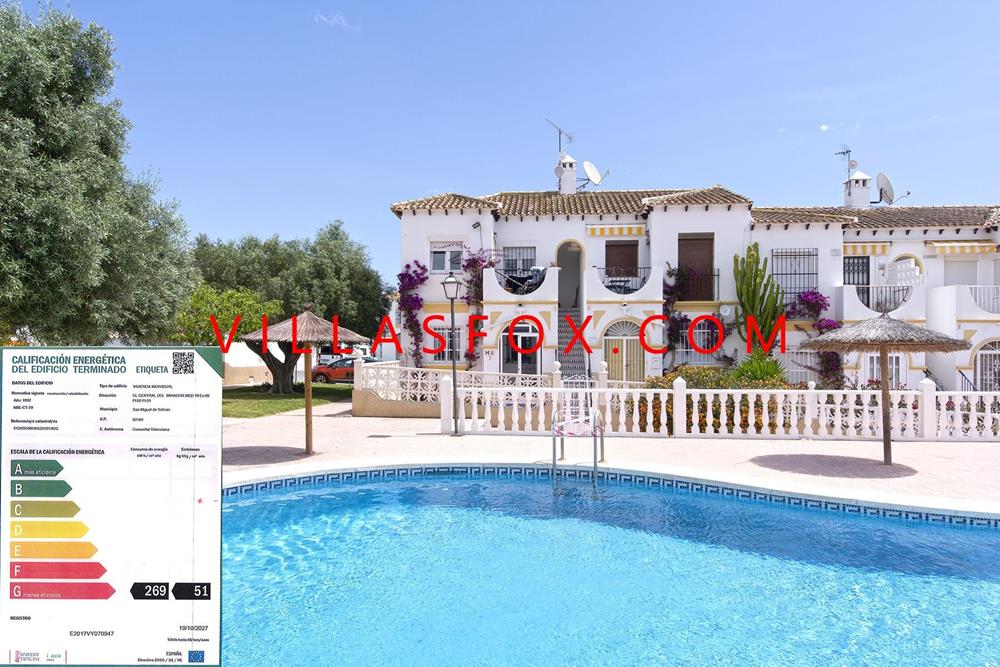 What can I say . Such a fantastic company and couple .Andy and Sorelle were extremely helpful and professional people. Strongly recommend this company when selling or buying in Spain. Cheers guys . It's 5 stars from me x 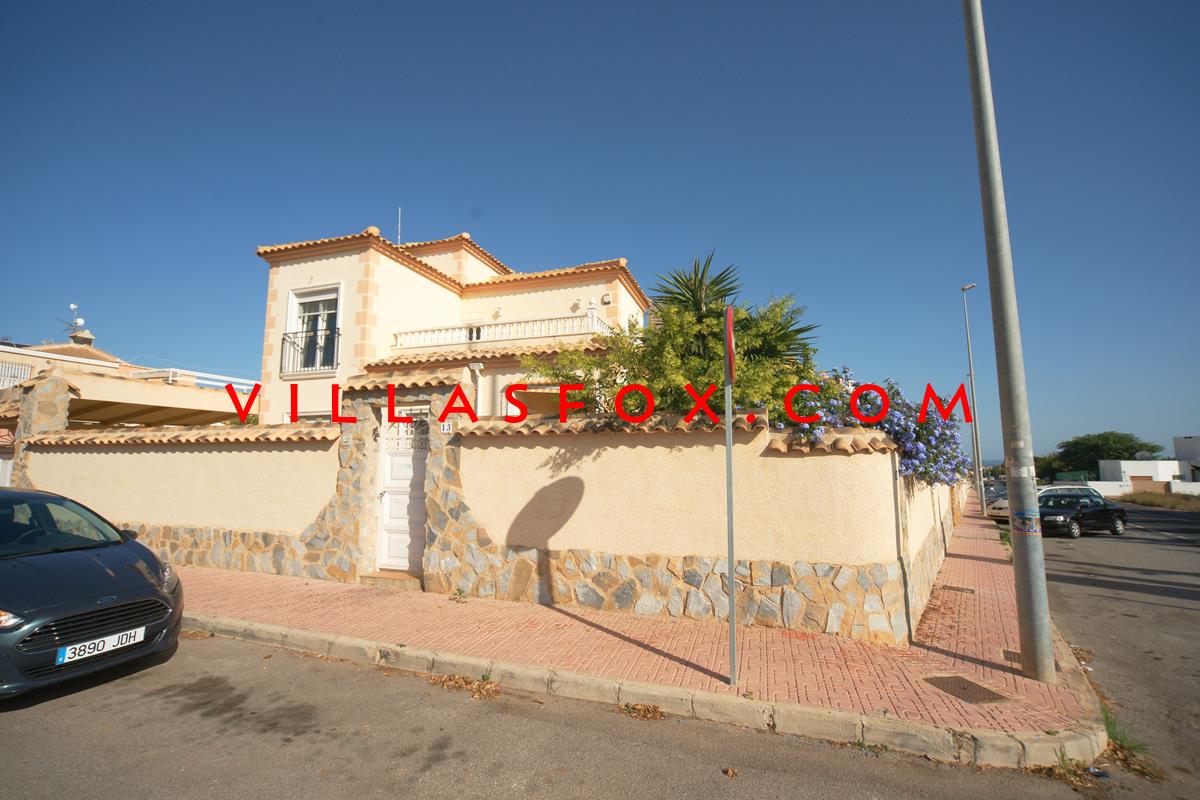 We have 316 guests and no members online